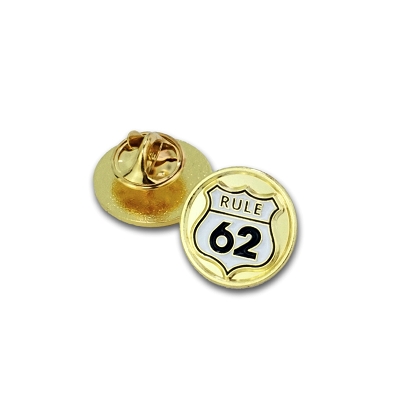 Making a searching and fearless moral inventory is often one of the harder steps in recovery. Here are some tips for your fourth-step inventory.

Reports as to Alcoholics Anonymous's success rate vary quite wildly, but more detailed and disciplined studies have found it to be highly successful with 70% of participants being sober at the 16-year mark. People who willingly engage in the full AA program are also twice as likely to stay sober than people who book in for formal treatment.

The fourth step inventory can be a challenging hurdle in front of people going through the 12 steps. If you're looking for guidance on how to tackle step four with courage, grace, and success, you might find these tips useful.

Why Step Four is Important

Steps one through three are where a person comes into the hope that their life can be set straight again and decides to partner with that hope. In step four, taking a moral inventory, the work after the decision begins with an honest look at one's inner life.  A moral inventory can show where one's negative thoughts and emotional habits threaten themselves and the people close to them.

The word "negative" sometimes causes people only to think of things they aren't proud of. It's right to identify memories and attitudes laced with pain as part of the process, but pride is also a big red flag here.

Young adults and functional alcoholics often have alcohol-related "glory stories". Holding onto these memories as points of pride can make it harder to rationalize letting go of alcohol. It's important to draw a line between funny events and the destructive drinking that caused them.

The Fourth Step Inventory is a Moral Exercise

Identifying the deep attitudes that drive one's alcoholism isn't meant to be free of a subsequent value judgment. Destructive habits are meant to be viewed as morally bankrupt once you've identified them.

For example, even if something felt good at the time and is remembered fondly, it remains bad if it's driving a present addiction. Putting this moral price tag on these attitudes and memories can make it easier to view them properly.

But how do we define "moral" and "immoral"? Immorality, you could say, is sin. In the Bible, "sin" was an archery term that mean "missing the target".

By this definition, anything that causes you to stray from hitting your target, recovery, is immoral. Putting everything, shameful and pride-giving, in one resentment list can also help you equate the bad of the shameful stories to the destruction of events you may remember with pride.

Fearlessness does not mean the absence of fear when step four is concerned. Many people worry that when they take a deep look at themselves they'll discover scary and monstrous truths. But in order to pursue the highest good, you have to confront what psychologists deem "your shadow".

Fearlessness, then, takes on a new meaning because you're confronting things that are inherently scary. It must then mean continuing to go through the process as if fear wasn't holding you back.

In alcoholics anonymous, there are no graduations, but that doesn't mean important progress isn't being made. Completing your fourth step inventory can help you create a roadmap for the rest of the journey.

With your resentment list in hand, you can ask God to help heal you inwardly and straighten the path of restitution on the outside. You'll also be able to keep yourself accountable for setting things right with people in steps eight and nine.

If you want more information or assistance, check out our blog. You can also commemorate your milestones with an official token.