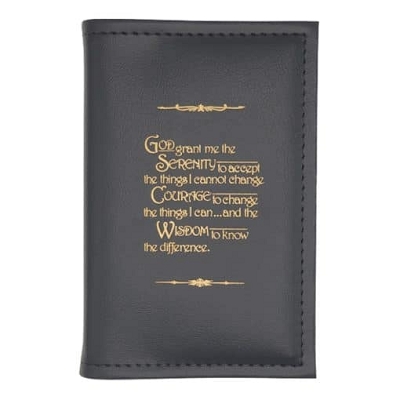 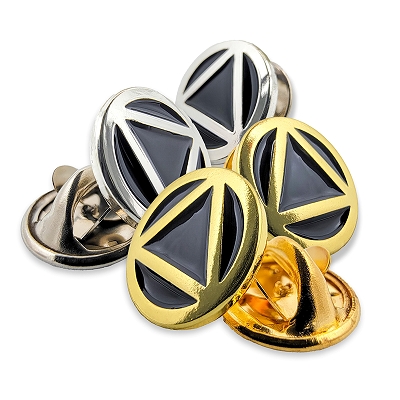 An introduction to AA Tokens

Marking the anonymous membership of so many people around the world is a humble chip. The AA Token, unassuming to most, is a most significant keepsake for the recipient. Beginning one's sober journey in the fellowship of Alcoholics is anonymous with a silver colored aluminum 24 Hour Token is a tremendous way to mark the first day of this one day at a time way of life. The twenty-four hour token is often carried for a lifetime, standing as a silent reminder of our AA way of life.

Nell Wing wrote in 1962 about the history of the chip system: "…The chip system might have begun in Indianapolis….reference was made in a letter from Doherty to the start of giving out ‘chips’ and ‘tokens.’ This was in 1942. I imagine this would be about right, because most of the early groups started in 1940 and it would take about a couple of years to think of anniversaries and marking any time of sobriety. I asked Bill about this and his memory is that the system started in Indianapolis."

Following the 24 Hour Token is typically a series of Anodized Aluminum Tokens marking monthly milestones in Recovery. These would typically follow this pattern:

Once a member of AA reaches the 1 Year mark of continuous sobriety, anniversary celebrations are often marked with Bronze Yearly AA Tokens. These medallions are often called "heavy metal" because of the weight of the token and the significance of having reached the yearly birthday in Alcoholics Anonymous. The yearly bronze tokens are often presented by a sponsor along with a cake and a few words about the recipient. Sometimes used to mark very significant sobriety anniversaries are the Brilliant Triplate Medallion.  The Triplate AA Token is the most fancy and costly medallion. Some common characteristics of an AA Tokens are: Regardless of the length of time designated by the particular AA token, each coin carries with it the significance of that day of sobriety and for an alcoholic destined to die drunk, every day sober is a miracle worthy of praise and gratitude.
Previous Post
Next Post